No breather for Calgary housing market during Stampede

Recently in the Calary Herald - our very own Julie Dempsey was quoted for the recent real etsate spike during the renowned Calgary Stampede.  During this 10-day event, most realtors leave town for a haitus to escape the local madness.  The article below explains the current real estate trends and statistics in Calgary and the reasons behind it:

No breather for Calgary housing market during Stampede

MLS sales split between first and second halves of July 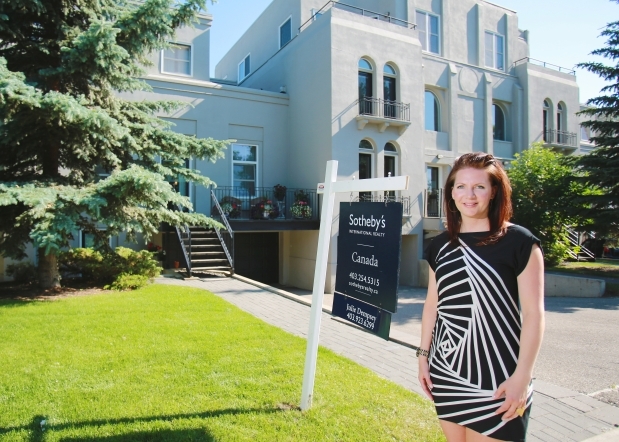 Realtor Julie Dempsey outside one of her listings in the Lindsay Park Place building in the Mission area of Calgary.
Photograph by: Gavin Young , Calgary Herald

CALGARY - The Calgary Stampede may be the focus of attention for many people these days but data indicates the 10-day Greatest Outdoor Show on Earth has a negligible effect on the local residential real estate market.

Statistics indicate it’s close to a 50/50 split in MLS sales when comparing the first half of July to the second half of the month.

“I did an Open House as this has been a very busy time. Typically I go out of town during the Stampede as real estate slows down but this year has been very different. I’ve been listing properties this week and working with buyers,” said Julie Dempsey, a realtor with Sotheby’s International Realty Canada in Calgary.

“I believe another factor for our busy market during Stampede is we’ve passed the flood season, Calgarians who live inner-city are now confident to move forward with their decision to purchase or sell.”

Statistics provided by Mike Fotiou, associate broker with First Place Realty, indicate that historically 48 per cent of MLS sales during the month of July have occurred in the first half with 52 per cent in the second half. But Fotiou said it’s closer to a 50/50 split when accounting for the extra day at the end of the month.

“With the long weekend and Stampede in the first two weeks of the month, I would have expected sales to be slightly more back-loaded in July, similar to how it’s front-loaded in December,” said Fotiou. “In retrospect, buying a home is a serious endeavour and one that trumps Calgary-centric festivities.”

So far in July MLS properties have sold in an average of 32 days compared with 38 last year for the same time.

“But it doesn’t seem to slow anybody down,” said Kirk. “It’s busy as usual and really if you come right down to it the Stampede doesn’t change the fact that you have a listing. If it changes anything, it changes when and how many buyers actually want to make an appointment to view. The listing doesn’t alter. The availability of the house doesn’t alter.”

Fotiou said Calgary home sales are historically stronger during the first half of the year as sales begin to wind down around July.

“A rare exception was in 2009 when there was more activity in the second half as people gradually became more confident in the economy after the financial shock at the end of 2008. Even then, sales in July were lower than June,” said Fotiou.