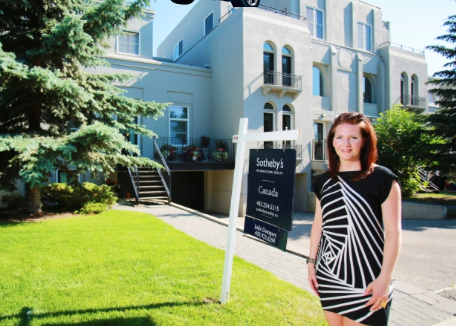 CALGARY - Calgary’s resale housing market is on pace to set a record for total dollar volume in MLS sales in a year, eclipsing the $11.3 billion peak established during the housing boom of 2007.

Julie Dempsey, a realtor with Sotheby’s International Realty Canada, said the number of new people moving to Calgary is the main factor behind such strong sales activity in the city and the continued elevation of prices.

“The listings that I am currently working on have a common theme: they are owned by savvy investors who see the strength in Calgary’s market and they are choosing to cash in,” said Dempsey.

“The higher dollar volume is a reflection of the composition of sales,” said Ann-Marie Lurie, CREB’s chief economist. “When we look at what at this year compared to 2007, of all residential sales activity a greater share of the sales have been occurring in the $500,000 plus price ranges. Meanwhile, the share of sales has dropped for the under $400,000 sales.

“With a greater number of sales occurring in the higher price ranges, it is not a surprise that the dollar volume of sales has increased at a faster pace than the growth in number of transactions.”